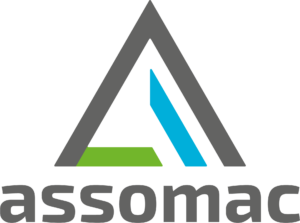 The two big shocks that have occurred in the last three years, the Covid pandemic, first, and the Russian invasion of Ukraine, after, have led to strong pressures on the supply chain both due to the shortage of raw materials, and due to logistical problems. These bottlenecks have reached a peak at the end of 2021, according to the ‘Global Supply Chain Pressure Index’, an index that integrates a series of indicators, ranging from transport costs to logistical difficulties and operator sentiment, with the aim of providing a complete summary of the potential bottlenecks of global supply chains.  The composite index has recently shown an easing of tensions, signaling that pressures on the global supply chain, although still extremely high, have not worsened further. In the coming months an incomplete normalization, with possible new interruptions, appears as the most likely scenario.

“We are at full capacity and at the moment there is no more room to produce”: Spain faces the impossibility of reshoring despite demand. The demand for relocation of footwear production from Asia to Spain is growing, say respondents from @PublicationsEdm, but the Iberian country lacks the capacity necessary to significantly increase production, while exports of Spanish-made shoes have returned to pre-pandemic levels.  [How reshoring to Spain is being hampered by labor and capacity shortage – Shoe Intelligence]. (Read more)

The link between the sea freight passage connecting Vietnam and Vladivostok in Russia and a Vladivostok-Moscow rail course has been recently inaugurated. The connection utilises a digital security mechanism, which enables customers and related agencies to track goods being transported on the route in real-time and allows for the implementation of customs clearance of goods even at the last stop in Moscow. [Vietnam – Russia sea, rail transport routes connected – baoquocte.vn]. (Read more)

Footwear supply chain in the USA: China, Vietnam, Indonesia, Cambodia and India. China and Vietnam are together for an 81.6% share of U.S. footwear imports in the January/July period. Then comes Indonesia, with shipments increasing by 51.8% to 115.26 million pairs. Solid gains were also recorded by Cambodia, up 54.8% to 49.48 million pairs, and India, up 51.3% to 24.6 million pairs. This is how  the @SourcingJournal comments on the increase of 26.4% for footwear imported intothe USA. [Pace Slows, but US Footwear Imports Rise 26.4% Through July – SJ]. (Read more)

Global semiconductor shortage. Among the reasons for the high inflation of recent months, there is the shortage of electronic components, which have become increasingly rare due to the globalization of demand in the face of a strong concentration of supply. Taiwan, in fact, covers more than two-thirds of the world’s production.  Alessia Amighini deals with the topic on @lavoceinfo. [Taiwan, the chip capital of the world – lavoce.info]. (Read more)

Invasion war in Ukraine: impact on businesses and value chains. On the indirect consequences of war, such as economic ones with rising inflation: in the UK the first strike in 30 yearsof the workers of the port of Suffolk [Felixstowe: Dock workers strike for first time in 30 years – BBC]. (Read more)

Nike stock down in the U.S. amid recession fears and supply chain instability. Nike stock (NYSE: NKE)  is trading lower in US premarket price action today despite posting an earnings beat in its fiscal fourth quarter of 2022. The stock is drifting towards its 52-week lows. Also, with a YTD loss of almost 34% Nike stock is underperforming the markets and the gap looks set to widen even further. (Read more)

Supply chain problems contribute to half of the rise in inflation in the U.S.. According to new research from the Federal Reserve Bank of San Francisco, supply constraints, exacerbated by the Russian war in Ukraine this year, account for about half of the surge in U.S. inflation, with demand currently accounting for a third of the increase. [Source:  Bloomberg]. (Read more)

Manufacturers will soon face demand issues in addition to supply chain creaks. A shift in spending away from goods could hit companies already struggling to secure supplies. Prior to the pandemic, e-commerce made it seem like everything was right at our doorstep. This WSJ documentary takes viewers on the monthslong, 14,000-mile journey of a typical consumer good from factory to front door to reveal how the process is far more complex, and vulnerable, than many of us imagined. (Read more)

After the pandemic, shoe supplies from Asia to the US have not yet returned to full capacity. Footwear imports into the US increased, in the first two months of 2022, to +29.3% year-on-year, with 432.32 million pairs, according to the Office of Textiles & Apparel (OTEXA) of the Department of Commerce. If recently from China imports have increased to +40.9%, from Vietnam it has fallen to -5% because production problems persist. [Vietnam Production Still Lagging, Shoe Imports Data Shows – Sourcing Journal]. (Read more)

According to Deloitte, “Nearshoring” could solve America’s logistical problems. The trend toward greater “nearshoring” to alleviate the chaos of the global supply chain is not new but it is increasingly important, Paul Wellener, vice president of Deloitte, a leader in industrial products and construction in the United States, said in a video with Yahoo-Finance. (Read more)

Extreme weather, from floods to wildfires, is increasingly hammering ports, highways, and factories. And it is getting worse. The Covid pandemic has rightly received most of the blame for global supply chain upheavals in the past two years. But the less publicized impact of climate change on supply chains poses a far more serious threat and is already being felt, scholars and experts say. [Climate Change Is Disrupting the Global Supply Chain Too – Wired]. (Read more)

How war breaks the value chains. Shipping giant Maersk will temporarily halt all container shipping to and from Russia, deepening the country’s isolation as its invasion of Ukraine sparks an exodus of Western companies. Here’s how corporate ties to Russia have been uprooted. (Read more)

While some of the leading footwear manufacturers are optimistic that supply chain pressures will ease shortly, at least one analyst is against the grain and sounding the alarm [Top Analyst Downgrades Nike and Foot Locker, Says There’s a ‘Mistaken Belief’ Supply Chain Issues Have Improved – FN]. (Read more)

Nike foresees a series of countermeasures, including the railway and the expansion of the distribution network to improve the flow of arrivals and shipments, amid the logistical crisis and shortage of materials, due to the pandemic. Retail Dive informs that Nike has adopted a dedicated train between Los Angeles and Memphis which it calls the “sole train”. But it has also added regional warehouses in the US and Europe, and a thousand “collaborative robots” for sorting and packaging while many workers are in lockdown. (Read more)

The crises on the logistics supply chain witnessed in 2021 will again weigh negatively this year. “Is there an end in sight to supply chain disruption?” asks the Financial Times exposing the depth of the global supply chain crisis. (Read more)

In the United States, the Biden administration has announced that it will invest in infrastructure to strengthen commercial shipping, including expanding capacity at some of the nation’s largest and fastest-growing ports, including the Port of Long Beach, to get goods flowing from ships to shelves faster. (Read more)

PrevPreviousWeb 3, brands are testing the potential and everyone is looking for their model
NextWashington’s restrictions to curb Beijing’s technological self-sufficiencyNext